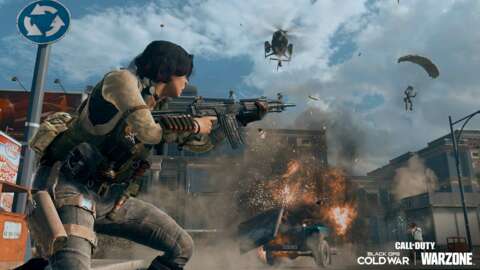 Following the game’s successful first year and the launch of its third season, Activision has announced a tournament series for Call of Duty: Warzone. The series, titled the World Series of Warzone, will offer a total prize pool of $1.2 million across its four separate events and feature both prominent names in the competitive Call of Duty scene as well as regular players.

The World Series of Warzone (also known as WSOW) will only include players from either North American or European regions. Games will be hosted in custom lobbies and consist of either duos or trios matches. The first match, a trios competition, will be held on June 23 and consist exclusively of North American players. A total of 50 trio squads will be competing in this event for their share of its $200,000 reward.

Besides regular events, Captain’s Cup tournaments will also be a part of the WSOW. In these side competitions, captains draft their own teams of trio squads–10 total–to battle it out for a piece of a $100,000 prize pool.

While this tournament will feature professional Call of Duty players, Activision is encouraging anyone that thinks they’ve got the skills to throw their hat in the ring. Players can sign up for the tournament series’ first qualifier on Gamebattles. The qualifier tournament will be trios format and is set to take place on May 24. This event’s winning squad will be awarded an invitation to the WSOW: Trios tournament.

Considering Warzone’s history of cheaters and various exploits, opening up a tournament like this to anyone seems like a dangerous choice. However, Activision has stated that it will be screening all participants prior to any events. “All participants will need to pass an extensive and internal Activision security check to make sure their Activision accounts are in good standing,” reads an announcement post for the WSOW. Anyone that passes this preliminary check but then violates “competitive integrity standards” will then be banned from any Activision-sponsored Warzone events.

GameSpot may get a commission from retail offers.