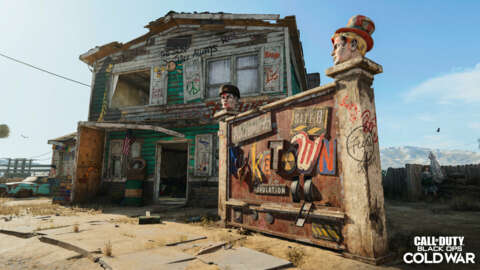 Treyarch has just revealed the latest Call of Duty: Black Ops Cold War patch notes. In addition to a bunch of tweaks and changes, the update is headlined by NukeJacked 24/7, which features 6v6 modes on the small maps Nuketown ’84 and Hijacked.

As with all Call of Duty small-map playlists, NukeJacked 24/7 will likely immediately become one of the most popular playlists as players swarm looking to rack up huge kill numbers and quickly gain XP. On the other end of the spectrum, Treyarch has also launched Collateral Combined Arms 24/7, a playlist that exclusively features the 12v12 map Collateral that has land and air vehicles to use.

There are a few new playlists for those who prefer more conventional Call of Duty, too. Throwback Moshpit includes an array of game modes on a bunch of remade maps like Nuketown ’84, Hijacked, Raid, Express, and Standoff; Face Off 6v6 and 12v12 Moshpit are also coming back. Finally, Gunfight Blueprints returns as well for fans of the 2v2 mode.

Treyarch has also implemented some bug fixes and tweaks across the game, improving stability in Zombies and Dead Ops Arcade. You can see the full list of changes below.

Watch live streams, videos, and more from GameSpot’s summer event.
Check it out