LMG guns are showing off now in Verdansk, and now it’s Chainsaw to be the next meta. After RAAL LMG, now FINN is the meta with its specific setup, and here we prepared Finn Chainsaw setup for you.

another LMG that now has a significant function without any change is FINN Chainsaw. This LMG actually works as a real chainsaw and shredding enemies specific to the close-range enemies.

The Chainsaw weapon is the best option right now for close-range conflicts. This Finn setup also is impressive while you want to deal with vehicles. Players didn’t pay any attention to this gun before it was introduced, but no, it becomes a blockbuster. But it’s the same old FINN LMG, and it’s not a new gun, but now it’s the center of attention, and it has become a real Chainsaw. So here we prepared Finn’s best chainsaw loadout and best perks for this weapon.

Let’s take a look at the Finn Chainsaw unlock and attachments.

the Chainsaw firstly show up with Skin crawler operator in the Texas Chainsaw Massacre Bundle in Modern Warfare. If you don’t want to spend time and try to unlock the gun and all of the Finn Attachments, you can easily purchase this bundle and use the Chainsaw. And if you want to open Finn’s attachment, read the article that we have written about upgrading weapons faster.

The most important feature of this muzzle is improving the Accuracy, which is so helpful for the Chainsaw while you always should kill enemies while hip firing. It also increases the damage range of the FINN weapon.

as you want to use this weapon for close-range conflicts, you need the highest possible Fire rate, so without a doubt, this is the best option between Finn barrels that really increases the fire rate. It would also improve mobility and Aim Down sight speed, which are essential features for a close-range weapon.

there is only one option in this part, but it’s a flawless option. Tac laser would hugely affect mobility. It improves Aim down sight speed, Aiming stability, and Aim walking steadiness. This laser also would enhance Accuracy and Control.

This Mag has the best possible effect on mobility and control. With enough bullets for eliminating almost a complete squad. 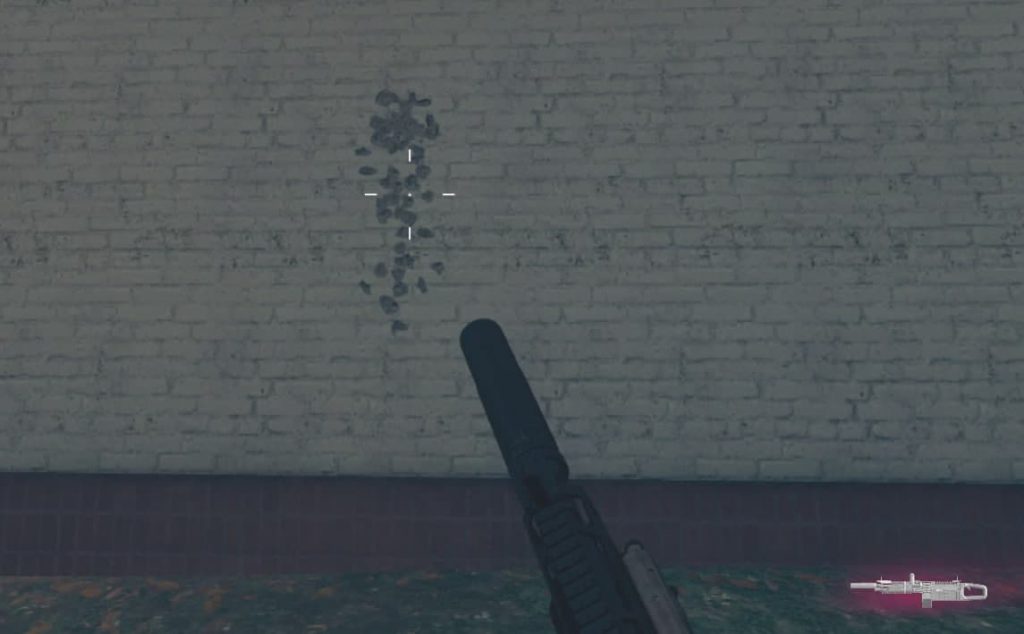 honestly, it’s the best gun I ever used for close-range conflicts. It indeed is a Chainsaw. The most incredible thing about this gun is its acceptable mobility while it’s an LMG gun.

Another interesting point is it’s a fantastic time to kill, with no doubt it has the least TTK between all close-range weapons thanks to its high fire rate. Indeed, it’s worth it to be an option between your loadouts. And so soon it would be meta then, almost all of the players again using the Finn LMG but in the shape of Chainsaw.

it’s almost a heavy gun, so you need to be faster. This perk would help you to run faster and move more quickly while you crouching.

The Chainsaw needs a lot of ammunition because of its high fire rate, so this perk would help you recover your bullets while you walk on the dead bodies.

this strategy is always helpful, and it’s common between players as in the first season. You can choose two primary weapons and pick a gun for far-range conflicts. Then in the following loadout, you can peak ghost perk and hide from UAV and heartbeat sensors.

it’s a wise choice to see the enemy’s tracks while they running. It is so helpful for close rang conflicts.

I can’t name any other gun to show this function. Really Finn will become a Chainsaw with the below setup. But some guns like Crossbow have an excellent function even in close ranges. Right now, Bullfrog, Ots9 is really good for close-range conflicts. And MP5 MW also has a significant part still.

How turn a Finn LMG into a ChainSAW?

The essential factor for turning the Finn into a chainsaw is the XRK ChainSAW stock. You should put this attachment on the Finn LMG, and after that, you have the Chainsaw. Without this Stock building, the Chainsaw is impossible actually, and other attachments just would affect Accuracy, mobility, and fire rate.

How to unlock FINN LMG ?

this LMG has a challenge, and for unlocking that, you should kill an enemy with Melee while using an LMG Gun. We recommend that using a high mobility LMG gun for completing this challenge.